The Taipei City Government yesterday invalidated the results of an “i-voting” poll on the 2017 Universiade’s mascot, logo and slogan, following a vote failure rate of more than 70 percent.

While Taipei Mayor Ko Wen-je (柯文哲) advocates the widespread use of online polls for determining city policy, its implementation has been hampered by difficulties verifying voter identity.

The Formosan Black Bear was the mascot featured in two submissions that between them won almost half of the poll’s valid votes.

Chou said that the city would “catalyze inspiration” from the slogans and logos featured in the top five submissions before sending them to professionals for “improvement.”

The poll on 10 combined submissions for the event’s mascot, slogan and logo was opened by the city’s Department of Information and Tourism in late March. The submissions were selected by the department from 394 entries from across the country.

While 42,295 people “participated” in the i-voting process, only about 11,000 successful ballots were cast, with the department attributing the high failure rate to its “rigorous” verification process.

Department Commissioner Chien Yu-yen (簡余晏) said her husband and many friends had trouble using the i-voting system, because they did not realize it required them to verify both their Facebook account and cellphone number, leading to frustration after they repeatedly verified either their Facebook or phone number, but were still unable to vote.

She added that the bear mascot needed to be “improved” because it was difficult to imagine its current “hefty” incarnation jumping or holding a racket.

Chien said that although the department’s review committee had recommended completely invalidating the poll results to give professional designers more “space,” she had decided that a winning submission should still be named in accordance with the city’s earlier announcement.

City regulations governing i-voting allowed for the “improvement” of designs selected through the process, she said.

He said the poll had revealed the need to establish “standard operating procedures” and communication platforms for designing voting mechanisms tailored to the needs of different departments.

The Universiade is an international biannual college student competition which is billed as second only to the Olympics by its organizer, the International University Sports Federation. 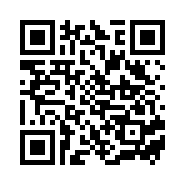